The Anzac Memorial Wall, erected in Queens Park as a joint venture between the Essendon Historical Society and the Moonee Valley City Council, was dedicated on the afternoon of 23rd April, 2017.

The memorial was financed through funds made available through the Australian Government’s Anzac Centenary Local Grants Program and supplemented by the Moonee Valley Council. It is dedicated to the residents of the City of Essendon who gave their lives in the service of their country in World War I (1914—1918).

A subcommittee of the Essendon Historical Society comprising Judy Maddigan (chair), John Hills and Kate O’Donnell, successfully applied for the Grant through the office of the Federal Member for Maribyrnong and Leader of the Opposition, the Hon. Bill Shorten in late 2013.

Initially there was considerable concern as to the form that the monument would take and where it would be located, but, after consultation with Council Officers and staff, it was decided that the most appropriate site would be at the entrance to Queens Park, allowances for which had been made in the Queens Park Master Plan.

John Hills undertook the monumental task of researching the names of the young men and women who lived within the boundaries of the City of Essendon at the time of the War and who made the supreme sacrifice.

The Memorial comprises fourteen bronze plaques mounted on the two bluestone walls, one placed on each side of the main entrance to the park. Twelve of these bear the names of 287 men, recording the name, age, the battle, the Battalion in which he died and the manner in which he died. It is sobering to note that 178 (62%) of the soldiers listed were 25 years old or younger. 56 died at Gallipoli, Turkey, including thirteen members of Pompey Elliott’s 7th Battalion who were cut down on the day of the landing (April 25th, 1915). A further 148 lost their lives in France and 48 in Belgium.

The names were compiled from information sourced from the “Embarkation and Honour Rolls” located at the Australian War Memorial, Canberra. 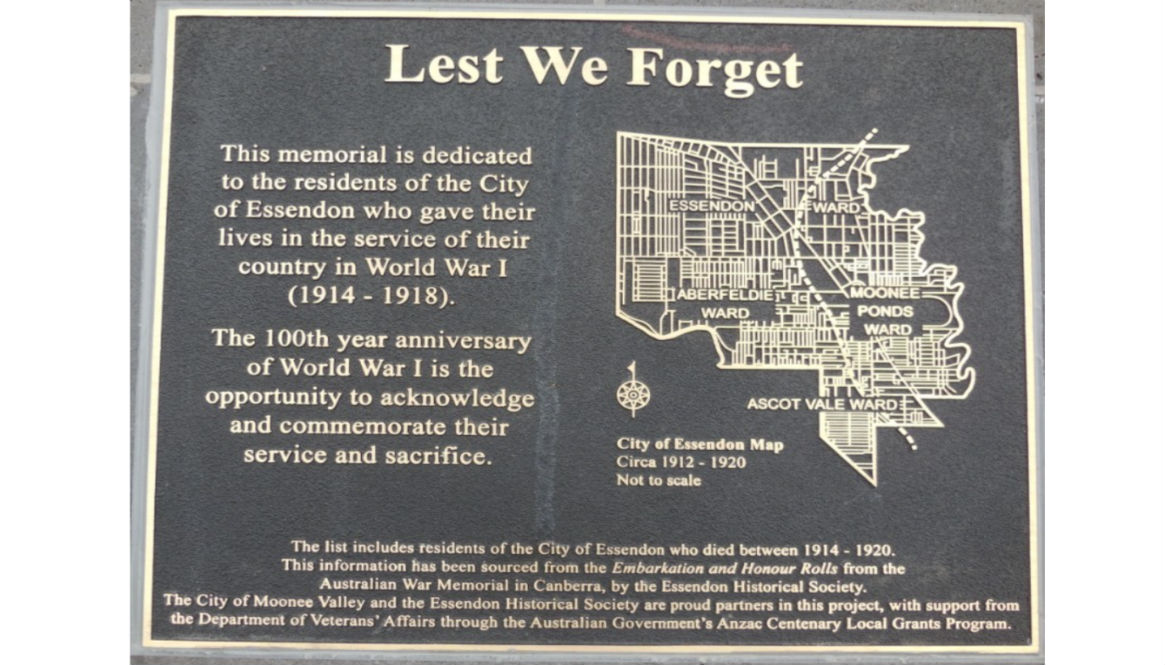 It is most fitting that this memorial is located in Queens Park—the Jewel in the City of Moonee Valley’s Crown— complementing the Cenotaph, which has been the centre of Anzac Day Ceremonies in the district for 88 years since its unveiling on 25th April, 1929.

The new memorial will remind the many people who pass through the gates to enjoy the beauty of the park, of the great sacrifice made by these young people to preserve our freedom over a hundred years ago. “

The new monument was dedicated by the Minister of the Ascot Vale Uniting Church and Army Chaplain, Rev Ron Rosinsky at a brief service on Sunday, April 23rd, following the City of Moonee Valley and Essendon R.S.L. Anzac Service. E.H.S. President, Bob Chalmers, gave a brief address and invited John Hills to lay a wreath at the foot of the monument in memory of those who lost their lives. 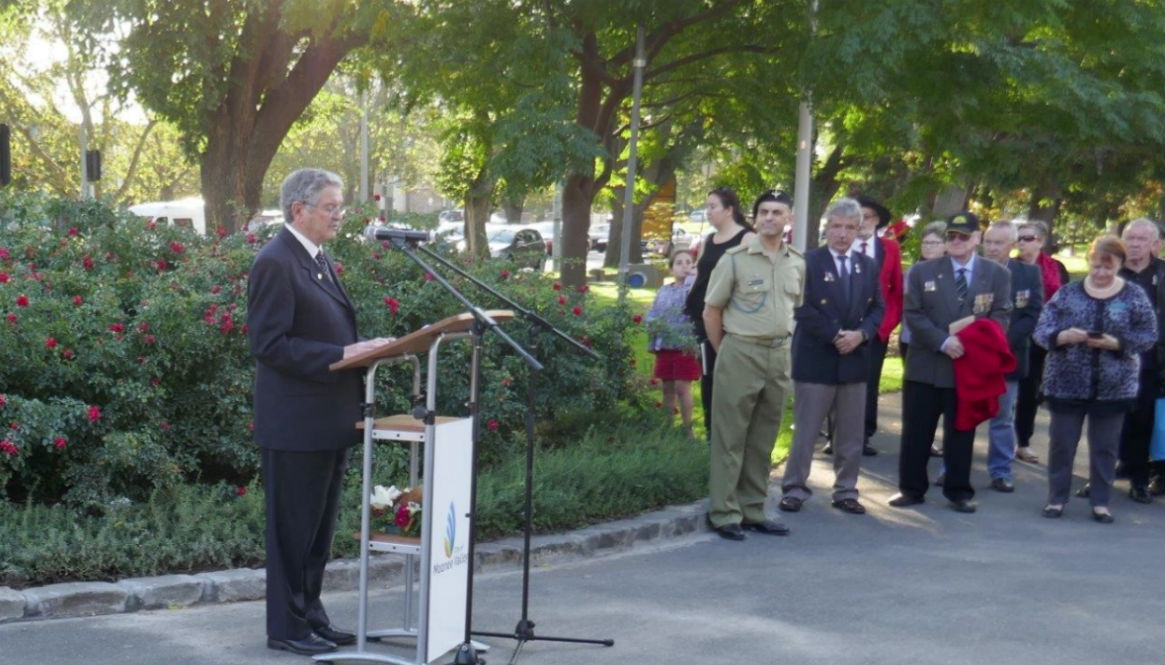